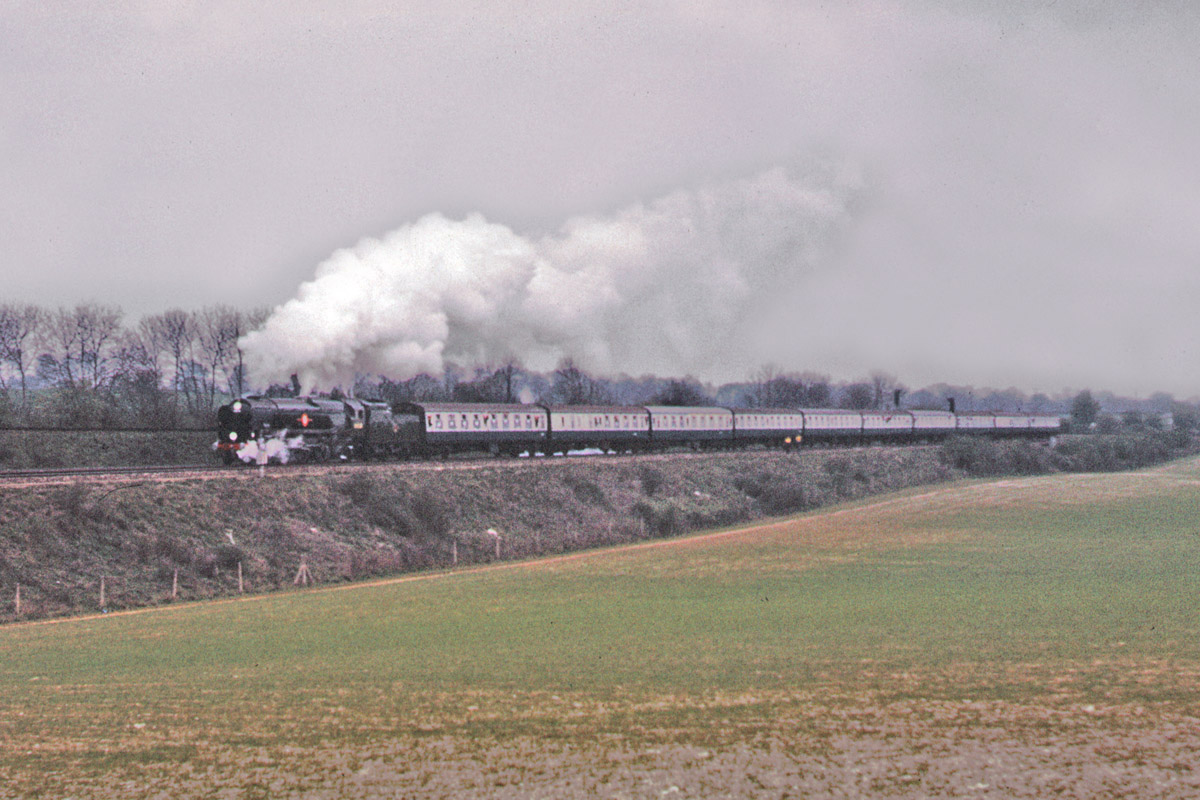 “Clan Line” at Battledown in 1974 (Picture by David Cable)

The Society can attribute its existence to the main line “Return to Steam” run of Merchant Navy Pacific No 35028 “Clan Line” from Basingstoke to Westbury on Saturday 27 April 1974.  This resulted in a letter (headed “Trains”), being published in the Basingstoke Gazette on Friday 3 May 1974 which read as follows: 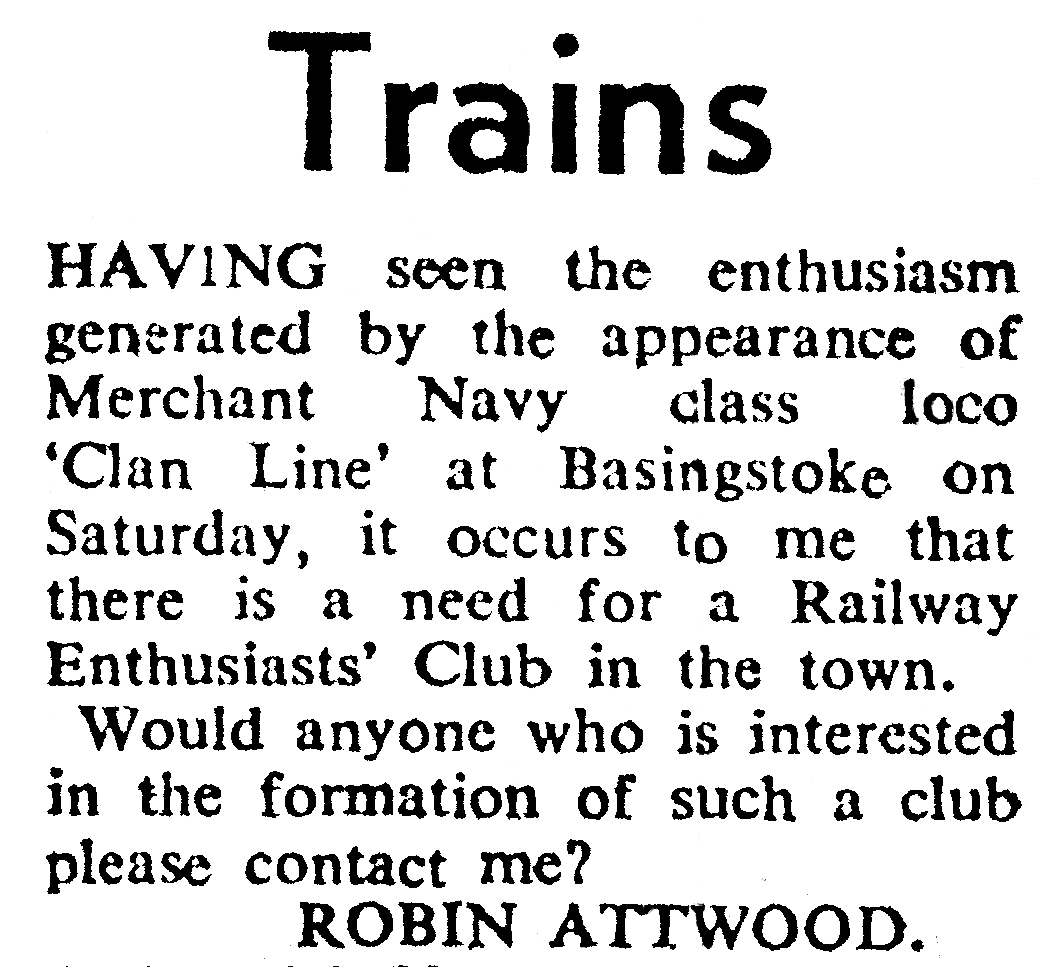 The rest, as they say, is history. Members can read the full history of the Society over the following years by clicking on the Member Login page. 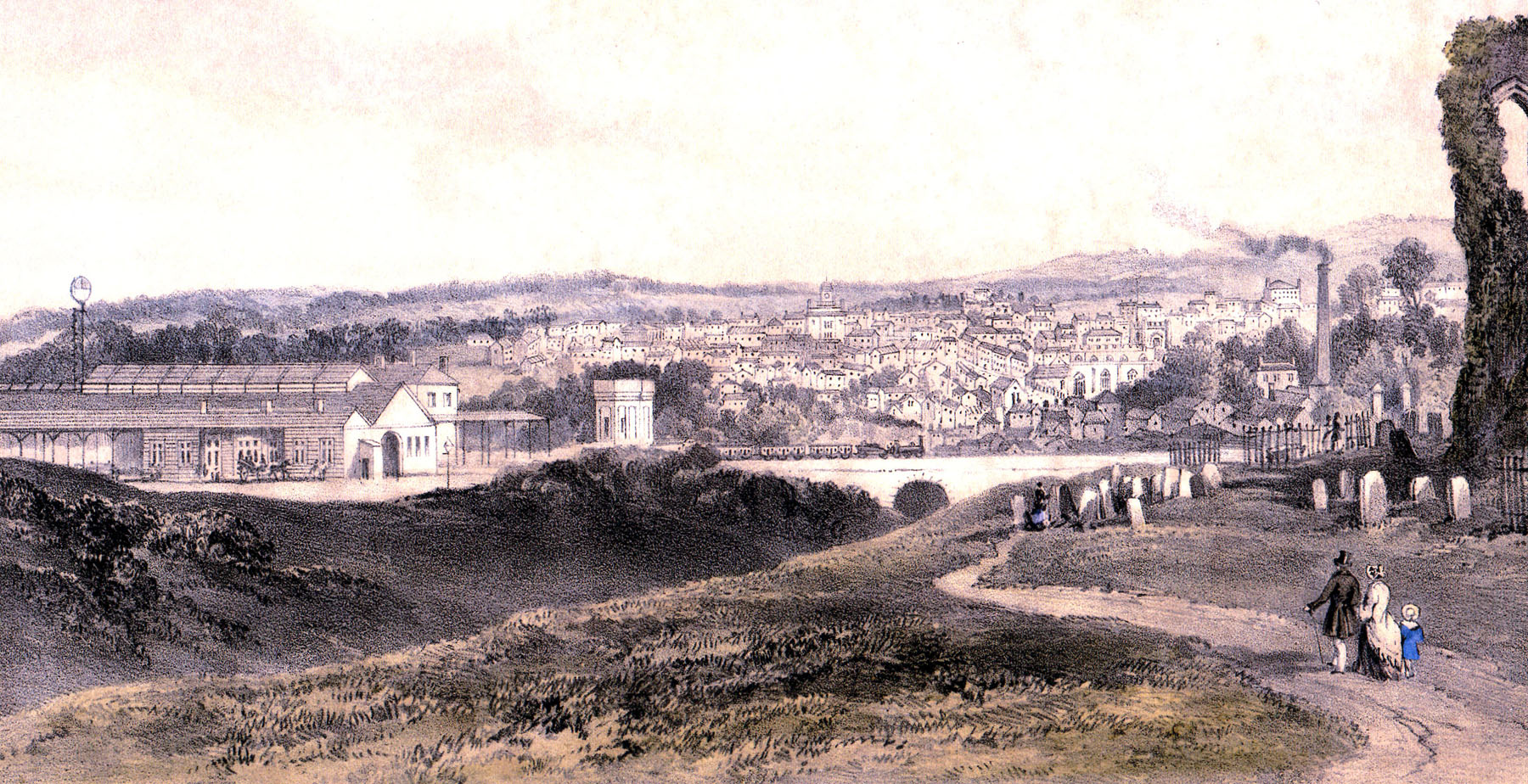 Basingstoke in late (Picture courtesy of the Basingstoke Willis Museum)

In the past many independent railways operated from, through and around Basingstoke. Each had its own identity and history. You can read of their development and, in several cases, their demise, in  'A History of the Railways around Basingstoke', an illustrated treatise of railways in the Basingstoke area, prepared by Chris Tolley, an ex-Member of our Society